I’ve been collecting and crafting items for a foyer re-do since late last year and finally pulled it all out from the bowels of my closet to spend an afternoon dressing it up.  FINALLY!
I must first show you the before before…

…so that you can really appreciate the after!!! 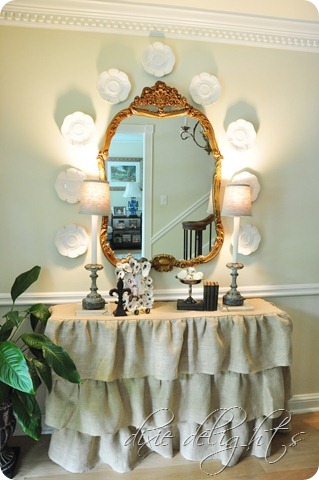 From move in day, A.K.A. the day I placed my awkwardly-sized-for-the-space demilune in the foyer, I have had plans for something more appropriately portioned.  A two year hunt led me to conclude that a four foot by one foot sized console was just not going to be found.  No matter how many boutiques I browsed, big box stores I canvassed and internet shops I searched.  So, being a huge fan of the skirted round table, but with no place to put a skirted round table, I set my sights on a skirted four foot by one foot sized console.

And this diamond in the rough, lovingly built by my three boys for Mother’s Day…

…became this gorg addition to my foyer with a few yards of burlap!!  I literally squealed with delight the minute I slipped the tiered, ruffled confection onto the perfectly portioned table. 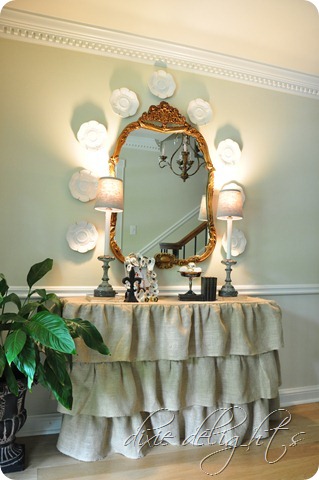 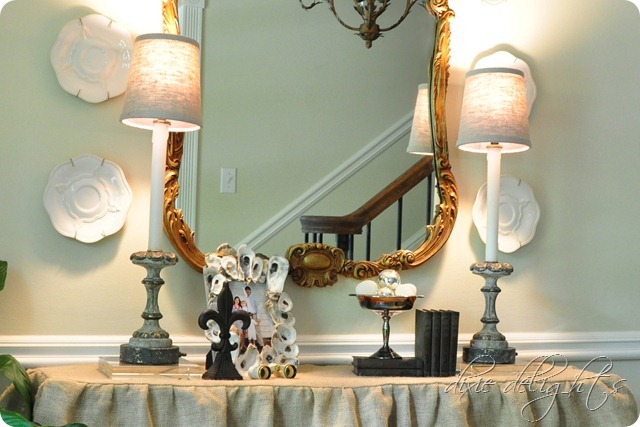 Much like the demilune that landed in the foyer on moving day, the indoor outdoor rug did the same.  Not only did it totally clash with the new skirted table, but I was just itching to give it the boot for something that incorporated the blue gray green scheme in the rest of the house.  Well, I just fell right in love with this graphic Dash and Albert beaut when I set eye on it during a downtown Savannah shopping excursion to One Fish Two Fish.  And I made it mine on the spot. 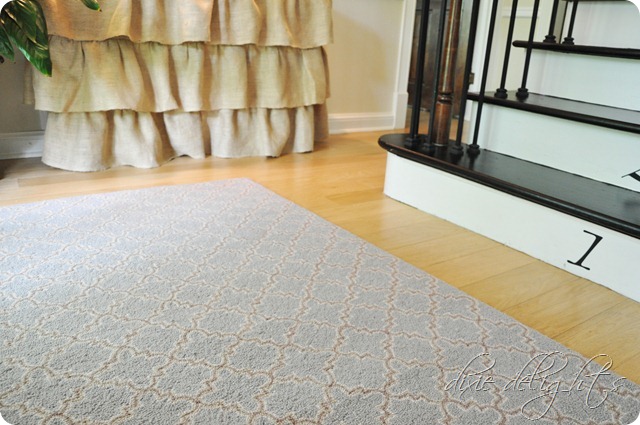 Armed with a much more spacious area for displaying entryway eye candy, I couldn’t resist the new Aiden Gray lamps from my local go-to decor store – G. Scott Interiors (formerly Patina Home Furnishings and prior to that Love Street Antiques.)  I’ve wanted these ever since Sister purchased them for Bird’s nursery nearly two years ago and the new table plus a birthday check was just the push I needed.  And I relish a good reason to break out some glass risers :-) 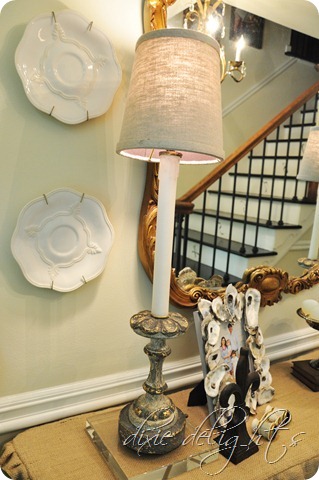 Sister, Mother and I made oyster shell frames a little while back and this was the perfect spot for it’s debut!  More on how to make your own soon… 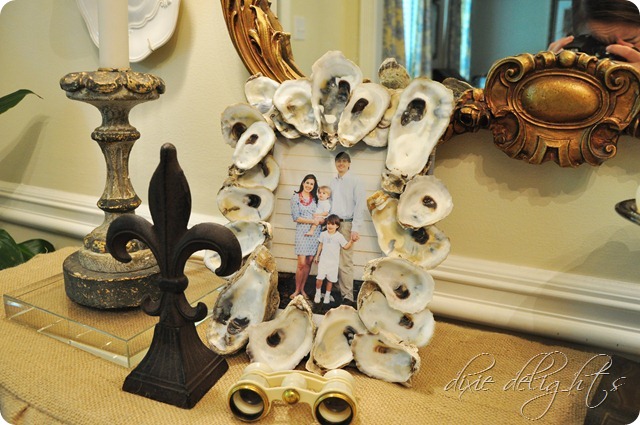 And lastly, I made patterned chandelier sleeves to match the rug.  Stay tuned for the how to on that as well!  (Update: look here) 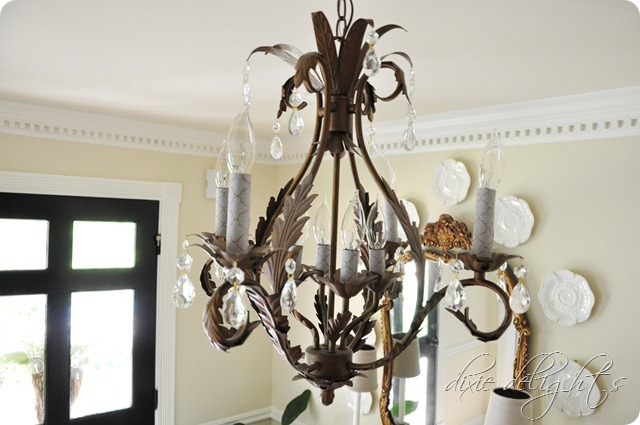 Before moving in, we ripped the carpeting (blue with gold bows…yak) out and painted the existing stairs with an oil based black paint and then a clear coat.  We also added the wrought iron spindles.  The numbers are vinyl stickers ordered from this etsy seller.  They are 4″ tall and can be done in a variety of font.  Total cost was $17.  (Old picture = no new chandelier sleeves) 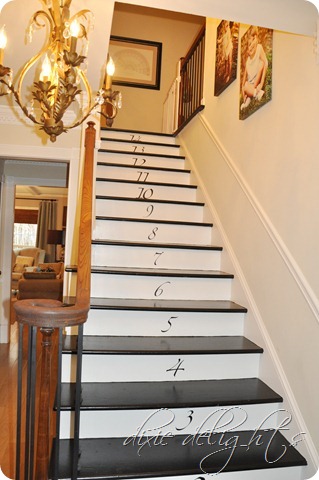 So that’s how I freshened up my foyer.  It’s finally done and I’m over the moon!!!
xoxo

Tickled pink to have been featured on Evolution of Style,  Artful Rising and Not So Homemade!

By dixiedelights | Filed under Uncategorized | Tags: before and after, decor

47 thoughts on “Foyer Before & After”