Well, the long awaited day has come and gone and summer is upon us.  I was a mix of emotions on John’s last day of kindergarten ever…


Thrilled for the long summer ahead that promises to bring lazy mornings, late nights, pool days and beach trips.


Sad that my first born’s first year of school came and went in the blink of an eye.  And even sadder knowing that I’m just on the brink of many more years that will pass too fast.


Scared to have two boys home all summer when I’m a little out of practice at managing their antics, arguments and general hyper activity.

My varied feelings aside, let’s get to the good stuff…how we marked the milestone of not just surviving kindergarten, but thriving in kindergarten! 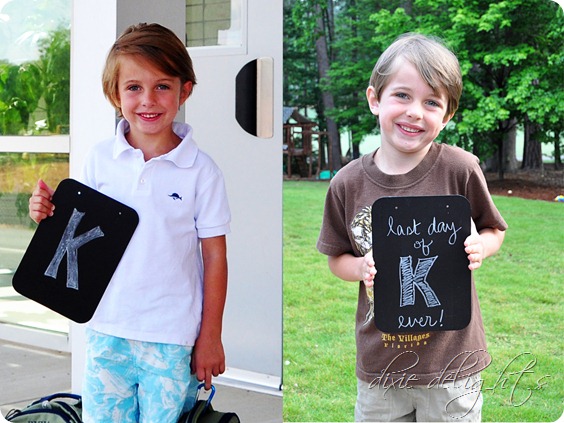 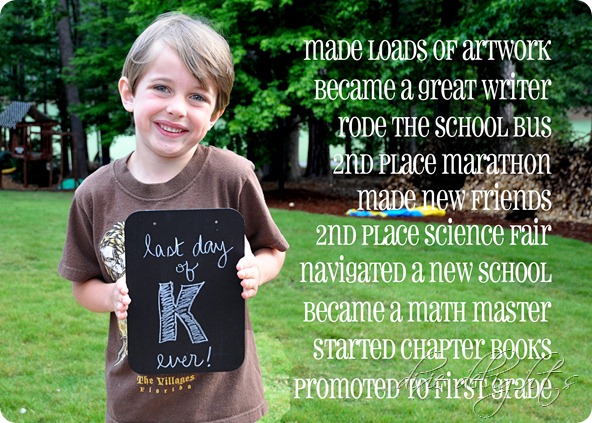 Sister, Mother and Bird were dolls to pop over for a few minutes while out running errands to help douse the PCP in silly string as he disembarked the big yellow bus.  He was a bit stunned and took a few seconds to be able to react.  As usual, I’m sure we were quite the sight to our neighbors hootin and hollerin around the road, Sister’s cast and all. 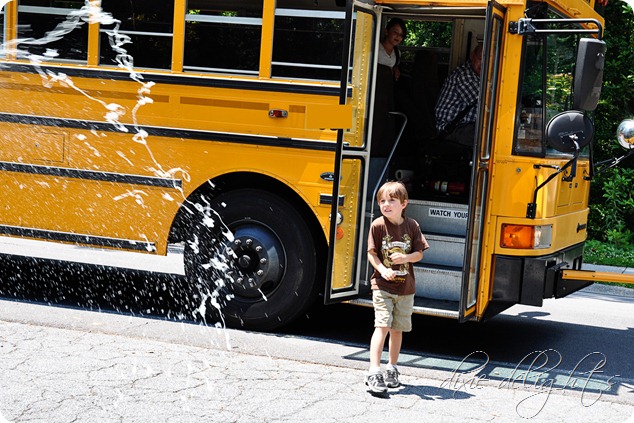 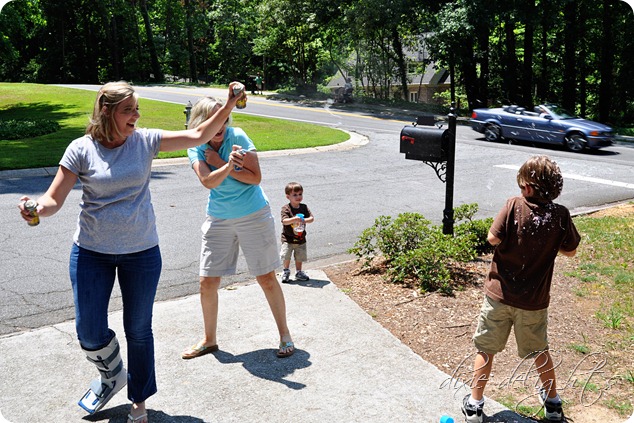 Once he came to his senses, I guided him to his “kindergarten walk of fame”.  Using yard stakes left over from his cowboy party, I printed out his major milestones of the year and lined the sidewalk with his accomplishments:

This only took a few minutes to do and it really showed him that we recognize how hard he worked this year and that we couldn’t be any more proud! 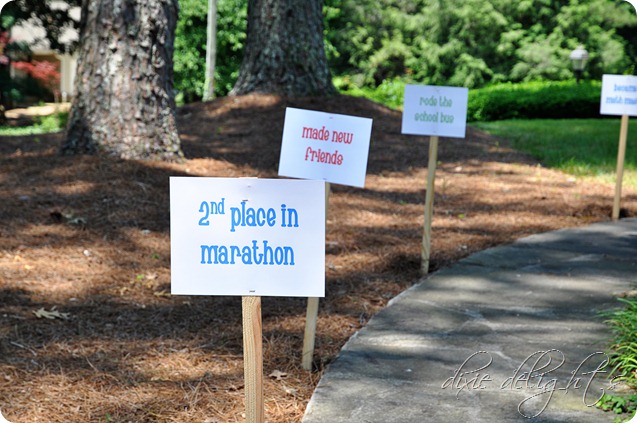 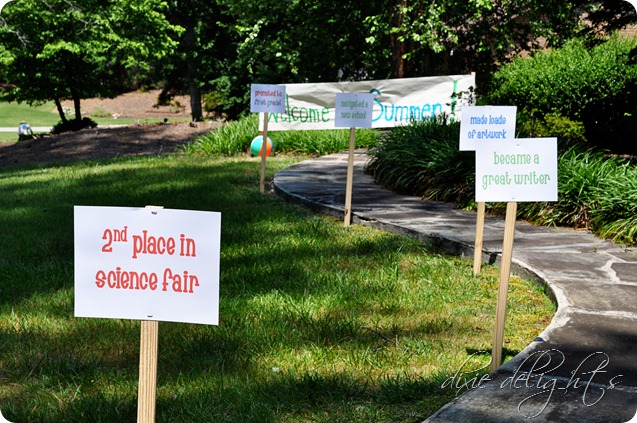 He stopped to read each and every sign and was beyond thrilled when he sounded out “promoted to first grade!” 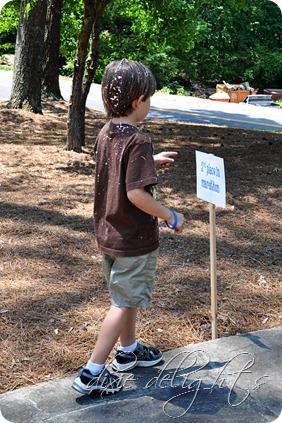 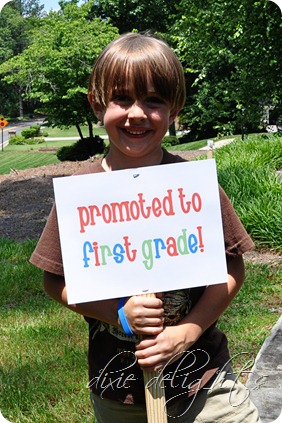 And at the end of his walk of fame, he crashed through the “Welcome to Summer” banner! 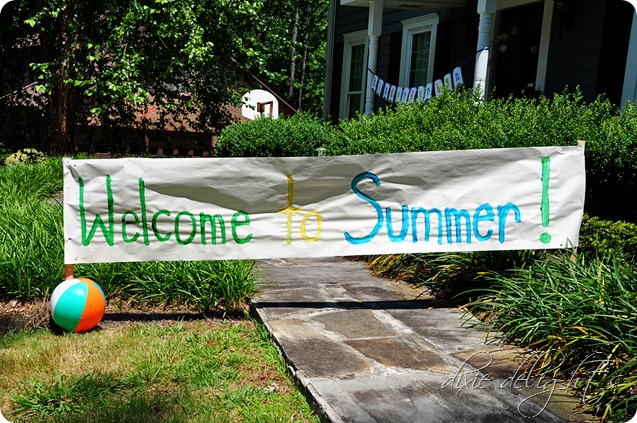 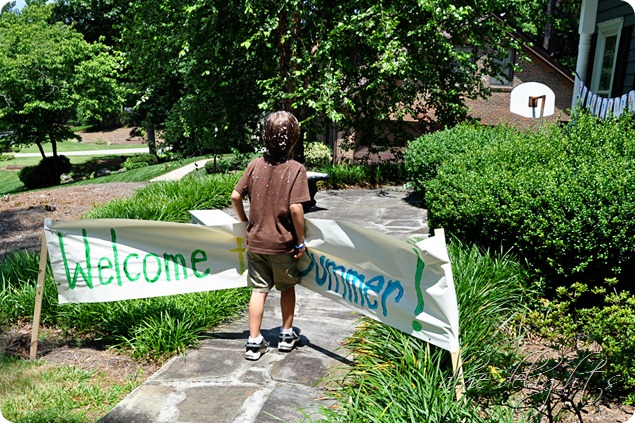 Waiting on the other side was a sweet and simple celebratory snack! 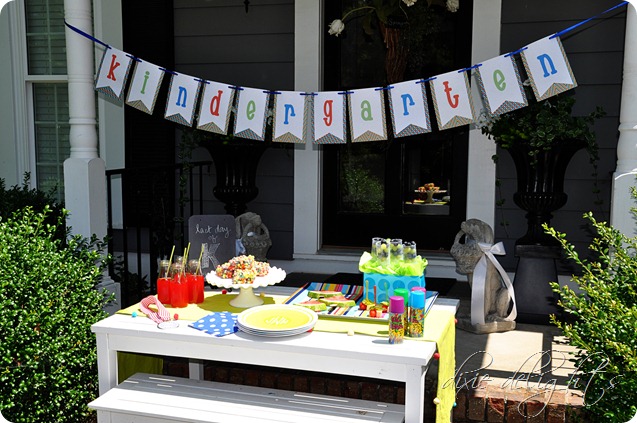 I reused the Kindergarten banner from the end of summer ice cream social and first day of school snack.  Other than the silly string (Dollar Tree), I had everything else on hand and threw it all together the night before. 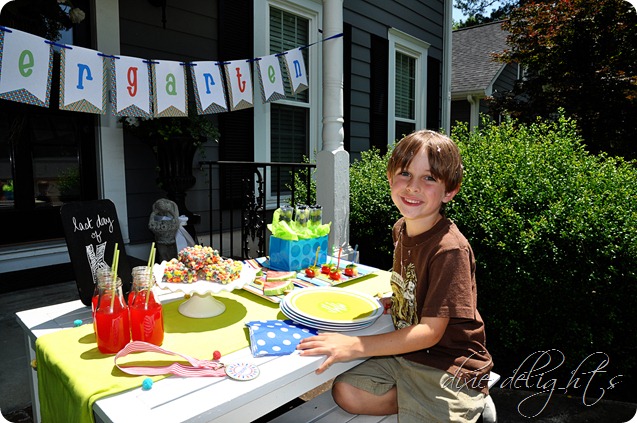 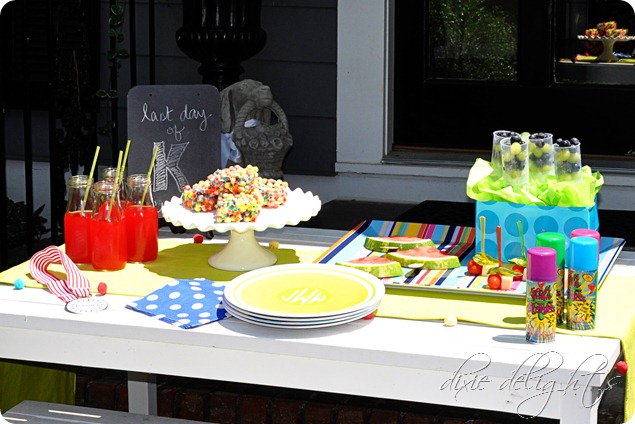 We dined on Trix Treats, watermelon pops, grape and blueberry push pops and mini tomato, mozzarella and basil (fresh from our garden!) bites. 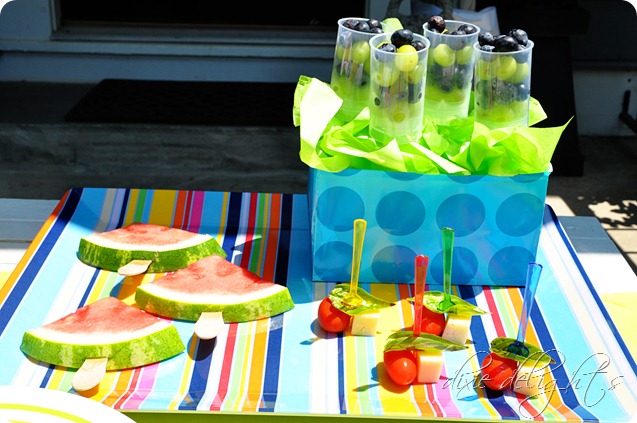 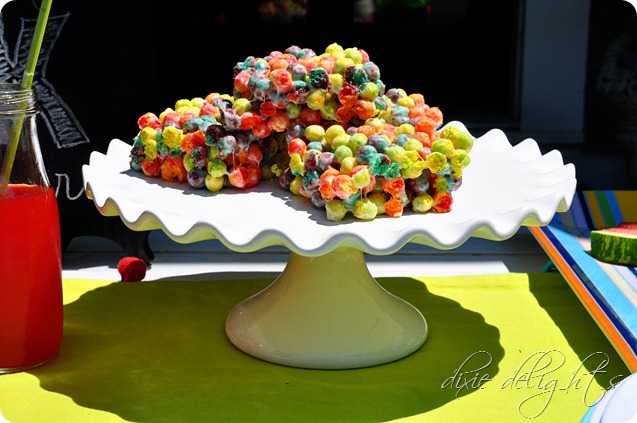 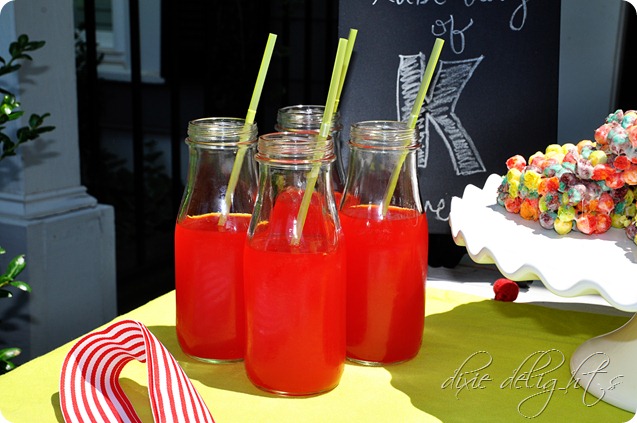 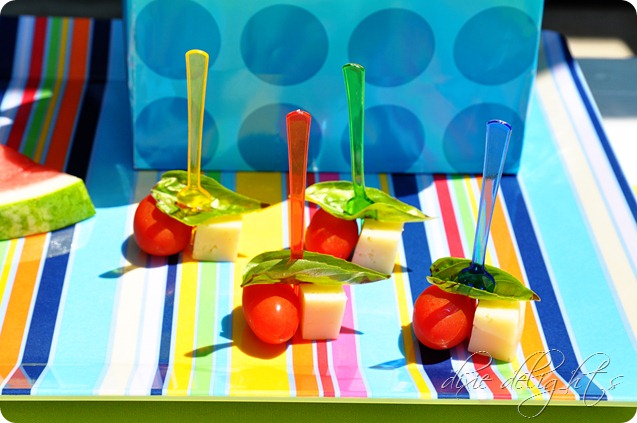 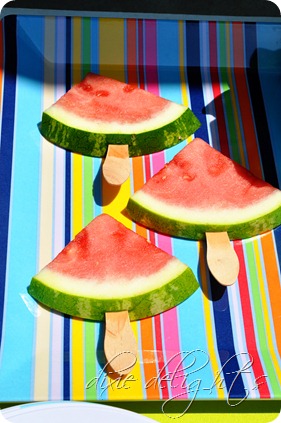 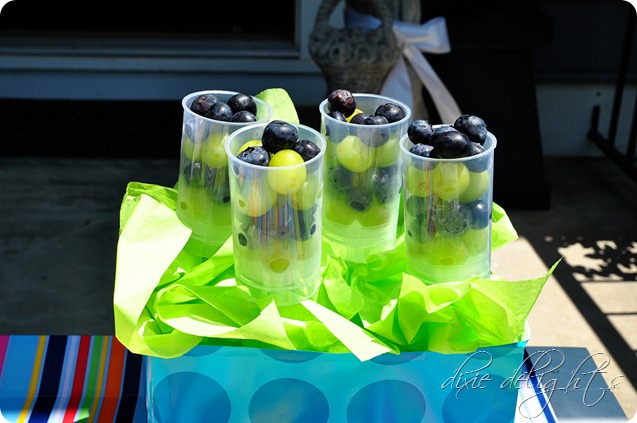 And I presented the PCP with the same (but updated) medal that he got on the first day of school! 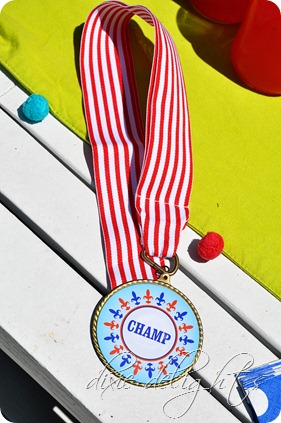 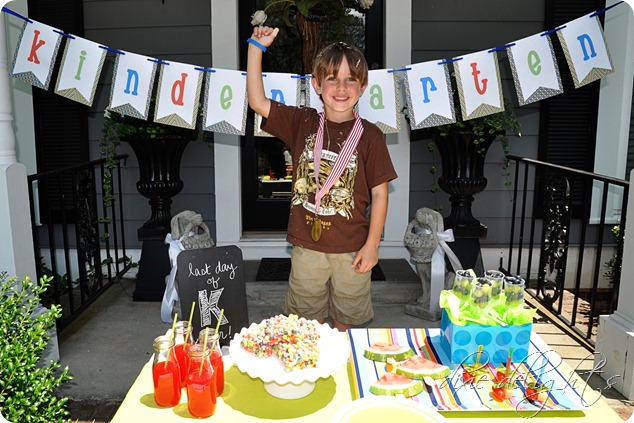 After a few hours of relaxing on the sofa watching cartoons and playing the wii, we headed up to the club for an ice cream party and opening night of the pool. 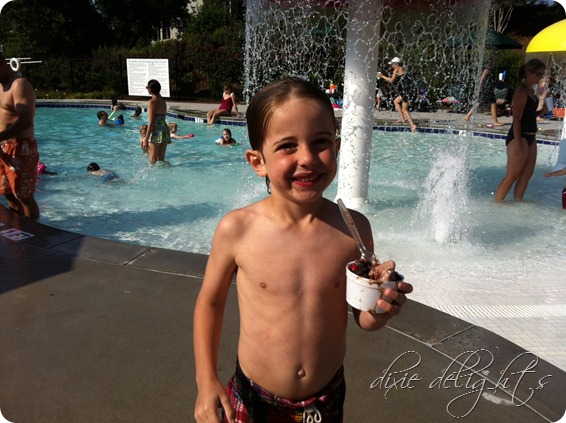 It was a little celebration to let him know just how loved he is.  I mean, I’m not anything if I’m not his number one fan!

Flattered for the feature at Tip Junkie!

22 thoughts on “Last Day of Kindergarten Ever”