Since the boys both celebrate birthdays within a month of Christmas, each year on their birthday we give them one, nice item that we hope they will have forever.  This year’s gift is rather tardy, however I’ll be the first to admit that it’s not like they’ve been chomping at the bit to get their forever gift :-).  One day they will thank me.  (Cue the day dream where I become my Mother and say “You know I’m always right.  I knew you would love these down the road.”)

So, on to the good stuff… to mark their fourth and seventh birthdays, the littles received framed illustrations of the two homes they’ve lived their sweet little lives in.  (See last year’s forever gift here and the rest of them here.) 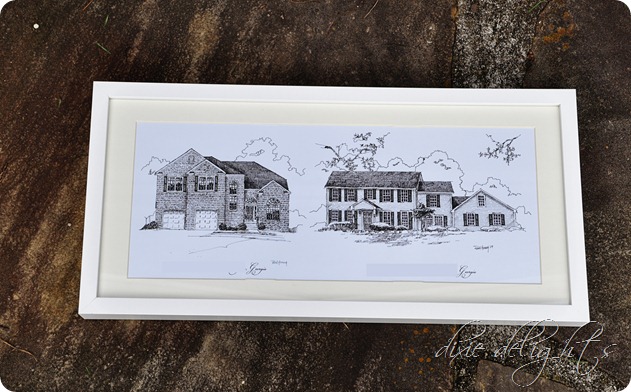 We had our current home (right) drawn back when we moved in for use on our moving announcements. It took me a good long while, but I finally found the same artist (he moved from ebay to etsy) and commissioned a pen and ink drawing of our old house. Paul Young (artworm on etsy) was a dream to work with both times. His attention to detail is unmatched and I love that he provides a high resolution digital image in addition to the 9×12 original. 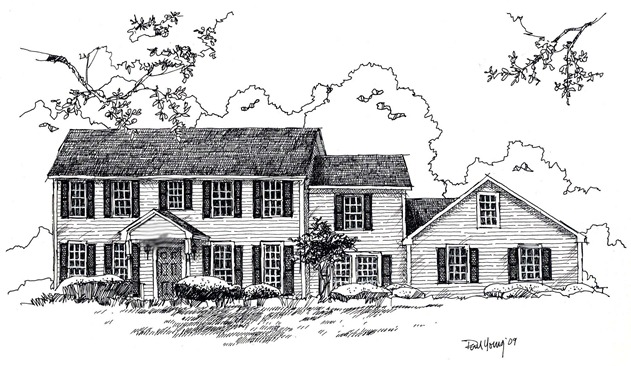 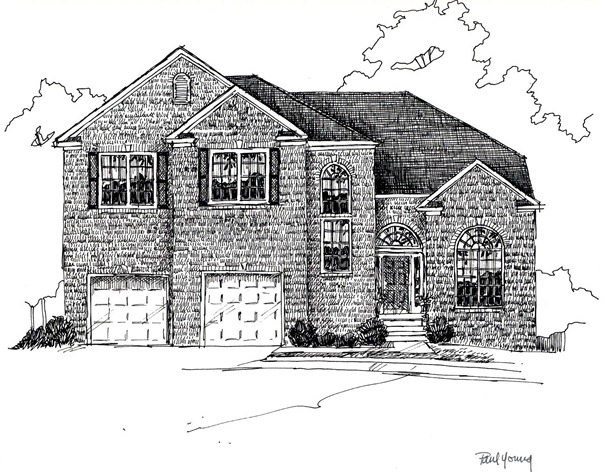 Since I already had a gallery wall in the baby’s big boy room and procured frames for the PCP’s gallery wall at the same time last summer, I knew I wanted to use an Ikea frame.  The frame originally had openings for three 4×6” pictures, so I used an exacto knife to cut the dividers out making the mat just one large opening. 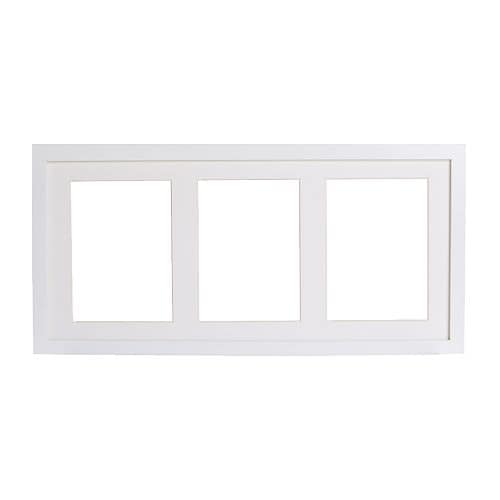 In photoshop, I combined the illustrations of each house into one file and added the street addresses.  I needed a print to be 20” wide to fit in the adjusted mat and was pleased to see that I could order a single 16×20” print from Shutterfly and cut it in half to fit both frames! 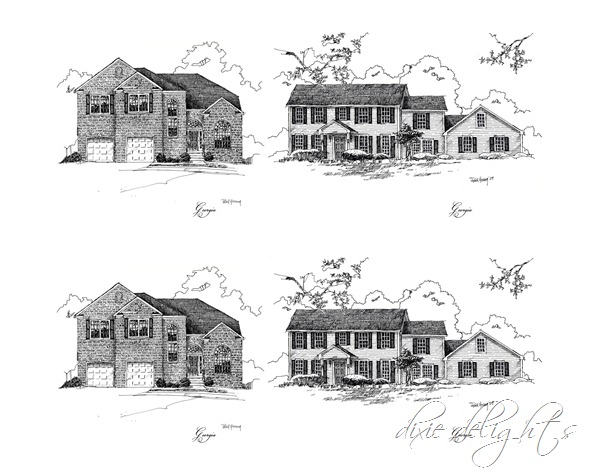 With just a little work, the baby’s house portraits have already been added to his gallery wall.  We’ll hang the PCP’s whenever we get around to his little room reno (which first requires paint and crown molding so don’t hold your breath.) 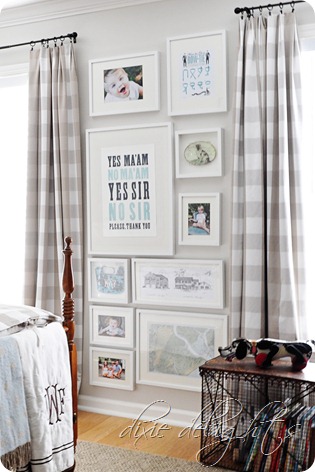 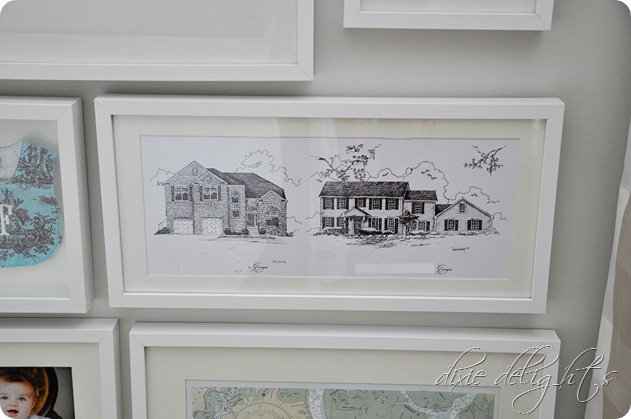 I also had Paul draw Sister’s house for her Christmas gift this year.  She said it was the best gift she got that she didn’t even know she wanted :-)  She’s a hard one to surprise!! 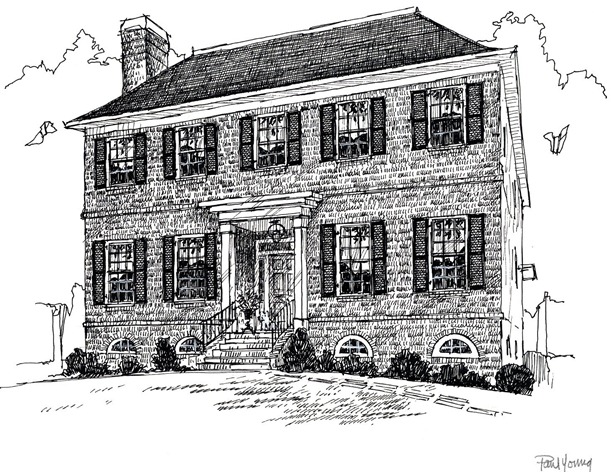 These are the We’ve Moved announcements we sent out with the house drawing at the top.  I absolutely LOVED them and think they are my favorite of all the paper goods we’ve ever sent out. 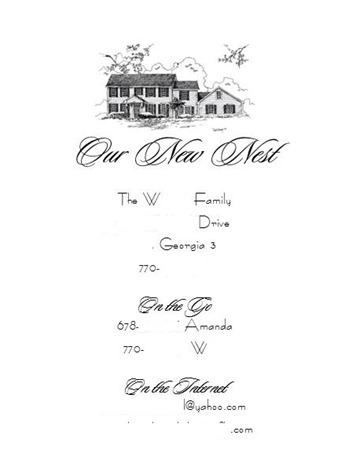 And while the baby still says his new tool bench was his “bestest birthday gift ever”, the PCP thought the house portraits were “awesome”!!  A boy after my own heart…
xoxo

22 thoughts on “I Love {House Portraits}”