This Father’s Day morning, while Honey peacefully slumbers upstairs and before we gear up for his big day, I am celebrating my own Daddy O.

He’s an only child that impressed upon me how fortunate I was to have Sister in my life.  He would almost cry when we fought – hurting that we didn’t love each other as he *thought* he would have loved a sibling.  And as much as I swore it could never be true, that girl that stole my clothes and listened in on my phone convos is now my very best friend in all the world.

He taught me that if I learned to read I could travel the world, meet people and do things I never dreamed possible all from my Laura Ashley-ed canopy bed.  I fell asleep nearly every night of my childhood life reading by my clip on light and lost in the pages of book.

He has a fetish for zip lock baggies.  There is not a shape, size or configuration that he doesn’t have in stock at all times in his devoted zip lock cabinet.  He bags everything in sight every chance he gets.

He used to make my lunch for school.  Always a frozen juice box on the bottom to keep my plain bagel with cream cheese cold until time to dine.

He does not like children.  He loves his own children and tolerates his grandchildren but you’re out of luck if you’re under the age of ten and his DNA doesn’t chorus through your veins.  This is funny because, as you can imagine, children LOVE him.  They flock to him in droves – always have and probably always will.  All that being said, he has a special place in his heart for Cookie, his namesake, and that makes my heart sing.

As much has he doesn’t like children, he looooves Hondas. Our driveway used to look like a used Honda dealer at times when we all lived at home and were of the driving age.  Honda Civics, Honda Accords, Honda Odysseys, you name it.  He never met a Honda he didn’t like.

He spent month after trying month making me learn to drive on a stick shift pick up truck with no power steering (or power windows or power locks or tape player).  No daughter of his was going to be left with some drunken idiot to drive her home from a party or be helplessly unable to run away from some naughty boy.  After one particularly horrid session, when he put me out on the side of the road in Wilmington Park and drove off yelling out the window to *watch* how it was done, Mother began taking me out in secret for extra lessons.  So while I credit him with making me learn, it was truly Mother that actually taught me how.  After dutifully doing his research, he took me all the way to Hinesville, Georgia for my permit because their test consisted of four right hand turns (no cones and no parallel parking).  And upon questionably passing the test, he presented me with my very own… wait for it… HONDA!

He visited me in college, by himself.  These are some of my most precious memories.  With Sister having so many extra curricular activities (both sanctioned and not – haha), it was hard for everyone to get to Atlanta.  So, he came alone.  He was a familiar figure on the ZTA sofa.  He always took me to Houston’s and always got an extra spinach artichoke dip for me to take home.  And sometimes he took me to the Pleasant Peasant on Peachtree Street for a real daddy-daughter date.  I’ll never forget those pork medallions.

He found and purchased, all on his own accord, what today is still my favorite formal dress of all time.  You see, he is no stranger to shopping.  While most daddy’s were on the golf course or drinking beers in front of the the big game on the tele, Daddy-O was moving bench to bench at Oglethorpe Mall carefully guarding our purchases and politely inquiring as to what we got and where we’ll go next.  He knew that the best way to know us was to embrace us.  And now I use this very same logic with my own boys – camping, fishing and ball playing.  It just makes good sense.

He never met a stranger.  I swear, he used to threaten me with this fact as a kid.  That no matter where I went or what I was doing there would be people there that knew me and knew him.  A Savannah native, he had eyes and ears all over town.  And while that was annoying as a teenager, it’s impressive as an adult.  I mean, the car repair people drove him all the way to Atlanta to fix my car on one occasion in college and the gal that cooks the samples in Publix sets a plate aside for him each day.  There are hundreds more examples.

He takes being a good Catholic seriously.  Very seriously.  As in daily mass during his lunch hour type of serious.  And while I believe he slacked off when his girls left the nest, he sure set an (annoyingly good when you are sixteen) example for us during our formative years.

While he claims to be stupid, he really knows something about everything.  EVERYTHING.  And he has no qualms about hitting I-16 at any hour of the night to fix a car, repair a computer or help tend to a broken appliance.  This has happened many times over.

He’s funny.  I recently told the story of when Mother took me to Belk on Victory Drive to purchase my first bikini.  When we got to the Wilmington Park Pool, Daddy-O was already lathered in Hawaiian Tropic dark tanning oil and ensconced amongst his croanies – Mr. T, Mr. B, et al.  When I took off my tank he gave the once over and simply said “Well, I hope you paid half price since you only brought home half the suit.”

He’s hot headed and not one to be crossed.  I had a healthy fear of my father.  One that kids today (mine included) don’t have of their parents.  I keep thinking I need to do something about that.  But never do.  And when he’d say that any derelict deed I could even think of doing, I could be sure that he’d not only already thought about but done himself, I absolutely believed him.

He inspired me to study hard and do my best.  He often professed that things and people come and go but nobody can ever take the diplomas away.  He was so proud that we went to Georgia Tech that it makes me proud that I went to Georgia Tech.  And he cried at my graduation.  I’ve never felt prouder in all my life.

He very seriously said “we can walk the other way, no questions asked”, as we stood outside the ornate doors at five till two waiting to walk down the grand aisle at the Cathedral of St. John the Baptist.  And when I said I wanted to do it he squeezed my hand and said “Let’s go.”  And he squeezed it all the way down to the altar.

He not only paid for my gas – until the day I was married – but he put the gas in the car for me.  He still does before I leave town each and every time, and he only buys his gas at Parker’s (a luxury one cannot afford when they generally fly up to the pump on fumes).  On cold days (which really weren’t that cold that far down South) he would start my car for me and blast the heater so that it was toasty by the time I left for school.  I have missed that time and again on frigid Atlanta mornings.

He took Honey under his wing when Honey suddenly lost his own father two years ago next month.  This means the world to me.  They drink beer, watch ball games, talk sports and sometimes annoy each other – just like real dads and sons.

He was the first man I ever loved, for goodness sake, and I’m so proud that he’s my Daddy.  Happy Father’s Day!!!

You may recall just about six months ago when the PCP had his very first slumber party with college bestie N’s son L.  Well, it was high time to repay the fun and we were just delighted to have the party at our place this go-round. We went swimming at the club, played superheros and… Read More

After three hours worth of happy hour last Friday night I adventurously set out to bake, from scratch might I add, a honey almond pound cake for bestie S’s baby shower. So, after I’m-not-sure how many pool-side spirits, I peeled the cover off of my brand spanking new Williams-Sonoma Honeycomb Cake Pan, bought specifically for this… Read More

Bestie S and her mister T welcomed not one but TWO beautiful daughters into the lives just a few short weeks ago. And, since S spent the latter half of her pregnancy confined to her bedroom lair, we were finally able to appropriately shower her with love and gifts while swooning over babies Allie and… Read More

Before learning that the Tonga Snow fabric I was stubbornly resolved on obtaining for my bedroom chair was sold out all over creation, I spent a delicious and lengthy amount of time wandering about the thousands of bolts of woven goodness in Forsyth Fabrics.  For as long as I can remember, this place (along with… Read More 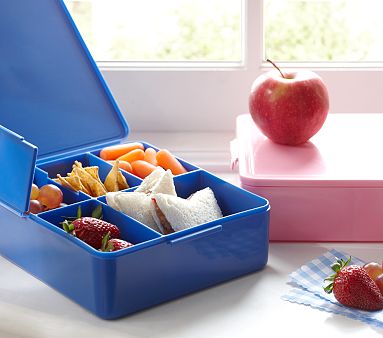 Campers at Camp Kingfisher are encouraged to bring trash free lunches in an effort to protect our planet and conserve our natural resources.  And as soon as I read that the littles were recognized each day that they brought a completely trash free lunch, I made it my mission to not only comply (I never… Read More

Tuesday night at camp was family night at Camp Kingfisher.  So I packed up a picnic, doused the baby in bug spray and cajoled Honey into coming home from work early so that we could make the most of it.  And that we did! We started with a hike through the aviarys. We picniced on… Read More

What’s something you love having, using, wearing

Just a few winter touches in the foyer. I pack my

Christmas has been packed up both inside and out!

Let’s do this! Kicking off 2021 with new incred

Happy first work Monday of the year!! Hope your da

Kicked of 2021 with a traditional New Year feast -

Rang in 2021 with champagne and hot cocoa bombs!

Dixie Travels Top 9: What a year!! ✨I always lov