A few years back and on the reco of bestie S, I spent a long summer day lost in the pages of Water for Elephants.  Set in Depression-era America, the novel tells the tale of a young, forlorn vet that joins a travelling circus and impossibly falls in love with the boss’s wife turned star performer.  It’s a skillfully told story – mastering romance, suspense and historically compelling facts about the time.  A worthy summer read on all accounts. 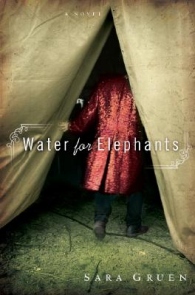 Knowing good and well that movies rarely fully translate to the big screen, I’ve still been giddy to see the movie for what seems like ages now.  So I was beyond excited to hit the theater with a group of gals from my new neighborhood and FINALLY catch the flick.  The movie was a fine adaptation.  Not the “greatest show on earth”, but certainly a show worth seeing.  Overall, I immensely enjoyed myself – I mean, what’s not to love about a night out with the girls?!?! And Reese and R Patz are awfully easy on the eyes, no?

Now I’m anxiously awaiting my name to come up on The Help waiting list at the library.  I’ve got to squeeze that one in before it hits the big screen later this summer!

You know when you think (but aren’t absolutely certain) that you want something (fabric in the case of today) and you jet off to the store (Forsyth Fabrics – more on that mecca tomorrow, perhaps) to decide for sure and then you end up not being able to get it (because they sold out the DAY… Read More

*shhhh* …the littles don’t yet know… …but I’m so elated I feel like screaming from the rooftops… “We’re going to Disney! We’re going to Disney!” Our trip is months away but our resort is booked, our meals are planned, I’ve drained Disney gurus bestie N and sweetie M of their tips and tricks, I’ve hunted… Read More 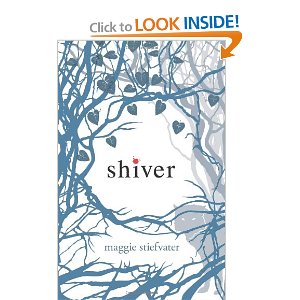 Allright y’all, brace yourselves as I divulge my true literary prowess… … let me introduce you to Shiver by Maggie Stiefvater. I say “introduce” because unless you have a preteen daughter, often peruse the latest Scholastic book offerings or have a fabulous bestie E with unrivaled taste in juicy, teenage drama, I am quite certain… Read More

Along with besties C, E and N, last weekend I took a walking tour of Oakland Cemetery in Atlanta’s Grant Park.  Founded in 1850 and the first public burial ground in the city, the sprawling forty acre cemetery is a historic Atlanta landmark and the magnificent final resting place of more than seventy thousand souls.… Read More

After our inspiring photography class with Click Workshops, Sister and I loaded up the littles and took them on a little shooting expedition to practice our new skills.  I’m not at all presenting these as professionally perfect photographs – and that was never the intent!  I simply wanted to be able to better use my… Read More

I have a confessed slight obsession with donuts.  So much so, that sweet friend M called me Friday morning, just in case I didn’t already know (which of course I DID already know) that it was National Donut Day and dear D posted a second reminder on my Facebook wall.  Those that know me know… Read More